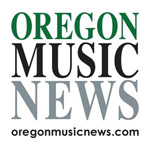 Marshall Glickman and his son Laz: Ripping chords from Rip City to Bend 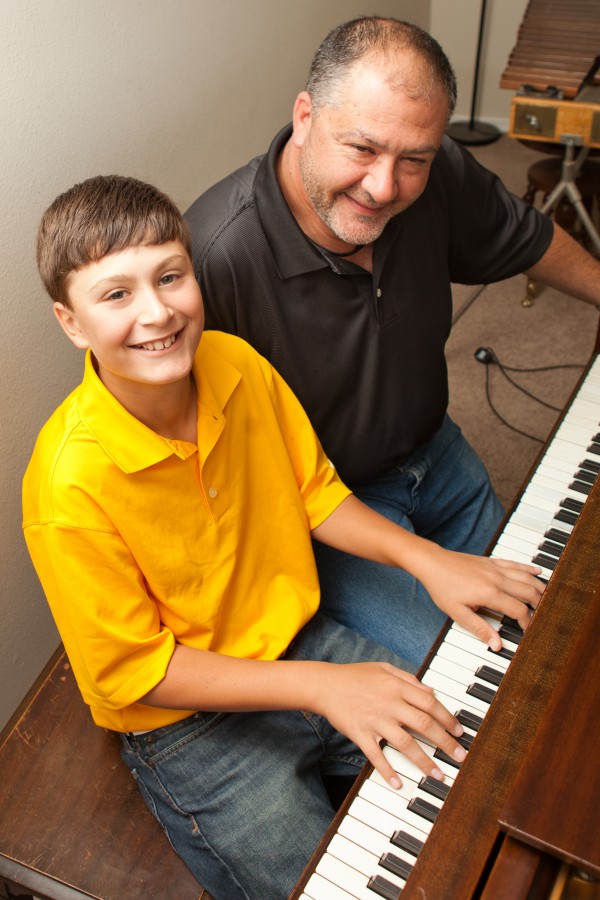 Music is universal. Maybe you can play an instrument or maybe you can’t but everyone has a favorite song, a favorite artist. Music is dynamic. It can tell a story, stir up emotion, evoke a memory. But it is rare when music inspires a father to create a world-class music festival for a son. In 2010, Marshall Glickman did just that. He created Jazz at the Oxford, attracting some of the country’s finest jazz musicians to Bend’s Oxford Hotel for the six-month weekend series. This year the series will feature three national and three Portland-based artists beginning on October 19 with the Linda Hornbuckle Quintet and continuing through March 2013. OMN had the chance to speak with Glickman, and his son, Laz, to discuss the BendBroadband’s Jazz at the Oxford series and learn more about the Glickmans’ passion for music.

While many Portlanders know Marshall and the Glickman family as one of the founders of the NBA’s Portland Trailblazers, with Marshall serving as its President for several years, Marshall is no stranger to the music scene. In fact, his first job did not involve a basketball or sports in any way.

“My first real job was working for Michael Adelsheim at Longhair Music in 1978. I also worked for a year at Music Millennium. In those days, records stores were the pulse of the music scene, and Portland was thriving. I was a failed musician, but loved being in the center of it all. I learned to love a broad range of musical styles and genres. I remember a cool dude named Steve Blackburn at Millennium.

That store had an amazing jazz collection thanks to Stevie. He taught me a lot. Then, in college, my mentor and still great friend was Professor John Callahan, an expert on African-American literature. So, I got into jazz back then. 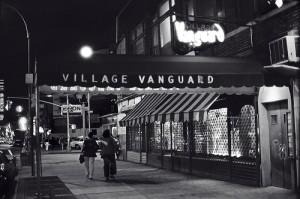 I have also spent a lot of time in New York City, including living in Manhattan for a couple of years in the mid-80’s. In New York, I hung out at the Vanguard, Blue Note, and other clubs. I just love the feeling of the intimate clubs and the history of those places,” notes Marshall.

Given those past experiences, it was a slam-dunk for Marshall to focus on jazz music and bringing it to Oregon.

Jazz is a genre that really covers a very broad range of styles, both acoustic and electric. Jazz is America’s music. It’s really important that the music lives on through our youngsters. We love the fact that our shows are open to all ages. The jazz musicians are really accessible. They do a great job interacting with our patrons, so it’s a chance to get close to the artists and hear them play in a setting that is really as good as it gets. We want our audiences to be thrilled with the experience, to leave the shows feeling turned on by the craft, and perhaps discover some new sounds,” Marshall says.

They say that the apple does not fall far from the tree. Laz Glickman attends Cascades Academy of Central Oregon, a private school, and just started 7th grade, but he is already a seasoned musician. 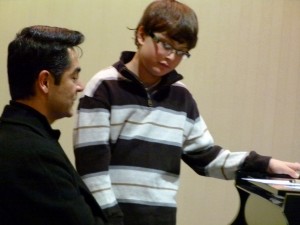 “The piano is something I love, especially playing jazz. Â I plan to play at the highest level possible for the rest of my life. Â I practice every morning, I have a lesson every week, I rehearse with a jazz combo every Sunday, I play on Wednesdays at a pizza joint, and over the summer I also played in a rock band.

I love to express myself through music. Being able to sit down and rip through scales and play fast, hard and high is great and a whole lot of fun, but playing a ballad slowly and softly can be just as enjoyable. Â I also love to be able to play well known songs that people recognize, because most of the time that is more entertaining to them than playing fast,” explains Laz.

“I began by playing classical music, learning how to play exactly what was on the page. Â When my family and I moved to Bend in 2007, I continued my classical training. Â Eventually I became bored with music and was on the verge of quitting until my dad and I met Georges Bouhey, a local Bend jazz musician, drummer, pianist, marimbist, and bassist. Â I have been taking lessons from him ever since, and he has been nothing but helpful in developing me as a musician. He is one of the nicest guys, too!” adds Laz.

Laz’s interest in jazz does not stop with piano lessons. Laz also writes his own music that spans genres from Latin to Blues. 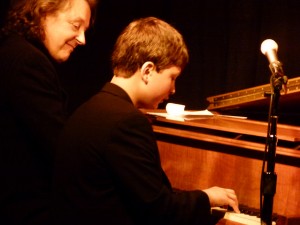 “One of the ways I end up writing is by hitting a wrong note that sounds cool over the chord change, and using it. Â I have had the opportunity to have bands play my tunes. Â For example, when Bobby Watson came to Bend for Jazz at the Oxford, he played my composition called “Dancin,’” Laz says.

With a son who notes that, “music is a major part of who I am,” it seemed inevitable that his father would give him the gift of music lessons but Marshall managed to do so much more by infusing Bend with jazz opportunities.

“When we moved to Bend five years ago, my wife and I were walking downtown one night after dinner out, looking for some live music. Â We quickly realized that the only options were places for an under-30 crowd. Â At the same time, The Oxford, a gorgeous new boutique hotel was opening. Â Inspired also by my son’s love for playing jazz piano, he was only 8 years old at the time, I decided to approach The Oxford about putting together a monthly jazz series. The owners and management of the hotel embraced the idea and, after the first year, have been incredibly supportive to help us grow. Because of them, Jazz at the Oxford was born,” Marshall says.

Laz admits that he is lucky to have had numerous experiences to interact with top musicians because of Jazz at the Oxford, but these opportunities really speak to his precocious talent. 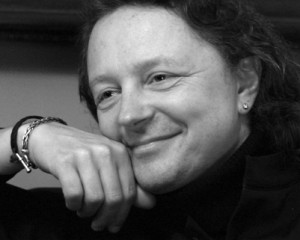 “I have sat in with many musicians such as Tom Grant, Michael Allen Harrison, Mel Brown and Ron Steen at Jazz at the Oxford as well as in Portland jazz clubs. Â My biggest performance has been at the Arlene Schnitzer Concert Hall where I took part in Michael Allen Harrison’s Ten Grands for Kids, for the last two years. Â I had a four-minute solo part both years,” Laz says.

“A life highlight was when I was called up on stage by Maceo Parker when he played the Tower in Bend. He sat me down at a stack of electric keyboards and I had never seen anything like it! Â I ripped into a wonderful tune that fit Maceo’s band perfectly. It was called “Chitlin’ Con Carne” by Kenny Burrell and then the band joined in,” explains Laz.

Having his son serve as motivation certainly provided Marshall with the impetus, but putting together a jazz series takes a lot of man power, management, and, of course, money to get the job done. It is one thing to put on a show. It is an entirely different thing to make a son’s dreams come true and attractÂ artists like Jeff Lorber, Bobby Watson, Diane Schuur, Jeremy Pelt, Karrin Allyson and Tom Scott to participate.

“Everything had to be built from scratch. We take care of flights, hotel rooms and meals. Â We want the experience to be perfect for our guest artists, so we work hard to attend to the details. Â We also have to take care of marketing. Â  Bend is a relatively small market of about 90,000 people and most are transplants from bigger cities. Â We have had to be creative to find unique ways to reach out to an audience of people who would be willing to pay top dollar to see world-class musicians in a small room that only seats 110. Â We do three shows on the weekends for six consecutive months. We need to sell 100% of the seats to break even. Â Over the last two years we have managed to sell every seat in the house! 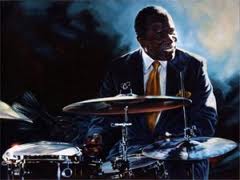 This year, we initiated a sponsorship program that has worked out very well, led by Bend Broadband, who has stepped up to the title position. Â US Bank, Douglas Fine Jewelers, Central Oregon Radiology, and The Source Weekly all stepped up to make the series possible, and to give us enough of a budget to attract some of the best musicians in the world.

We are also launching a music education series. Â Mel Brown, Karrin Allyson, Jeremy Pelt, and Tom Scott will lead 2 1/2 hour workshops that will be free to the area’s best music students. Â We are working closely with area public and private high schools and middle schools and Central Oregon Community College’s music department to make sure that our series is well attended. Â We hope this expands to an artist-in-residence program at COCC next year,” Marshall describes.

One might assume that associating with music greats might make Laz a prima donna. Like many middle school students Laz aspires to greatness. But while Laz admits to having big dreams, he couldn’t be more grounded and down to earth.

“My attitude about my future in music is this. When I grow up, of course, I want to be famous and have a dream job like a musician, but I also want to go to college, get a good job, and start a family, and that is my number one priority. Â Â If I end up being the best pianist in the world, that would be absolutely wonderful and I would enjoy that very much, but if that doesn’t happen, that’s okay, too. I know how difficult it is to realize those dreams and for many people they end up with nothing to fall back on. I want to be able to play the piano, and share my love of music with others, but I am not going to ask for anything more than that,” Laz states matter-of-factly.

While Laz is inspired by a lot of great musicians from Joey DeFrancesco, to the Black Eyed Peas, Train and Lil Wayne, Laz is inspiring, too. Keep your eyes out, he may just be appearing at a club near you in the not too distant future.