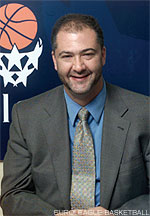 Marshall Glickman has a unique perspective on the international sports landscape, having worked on both sides of the Atlantic in various capacities. He started early in his career at the NBA, rising to broadcasting coordinator and director of media sales. He was president of the Trail Blazers and the Oregon Arena Corp. in Portland, and he oversaw construction of the Rose Quarter complex and the renovation of PGE Park. He also has owned and operated minor league baseball and soccer teams and is on the board of advisers for the Israel Baseball League.

Since 1995, Glickman has served as a consultant to NBA franchises, the Euroleague, the French Tennis Federation and Tennis Canada, as well as to architects, developers and construction companies. As CEO of G2 Strategic (a play on Glickman Global), a consulting firm he launched in 2004, he offers sports business development plans to clients in the U.S. and Europe. Glickman spoke recently with SportsBusiness Journal New York bureau chief Jerry Kavanagh.

Currently reading: “The World Is Flat,” “The Case for Israel” and “Foul Lines”

Basic business philosophy: Don’t do what your head and heart tell you not to do.

Best professional advice you received: When I reported for work at the NBA in 1986, I ran into Commissioner [David] Stern. He noticed that I forgot to put my collar stays in my shirt, so he lent me two of his stays and told me that I had to look professional.

Best decision: To accept the opportunity at a very young age to pick up and move to New York and go to work at the NBA.

Biggest challenge: Getting the Europeans to make prompt decisions. 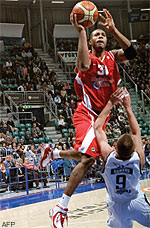 What has history taught you about the sports business?
“Too many cooks spoil the stew.”

I read where you said, “The major difference between Euroleague and the NBA is that the owners in Euroleague are not motivated by profit.” What does motivate them?
“Winning, and with a heavy dose of tradition and nationalism.”

What are the significant differences in the structures of the two leagues?
“The professional clubs that play in Euroleague, which is the pan-European competition of the elite, are 24 teams across 13 different countries. Those clubs also play in their national leagues. So, the interests of the national leagues in Euroleague are not always aligned. In America, the teams play in one league.

In the NBA there is a draft, which is a mechanism to create competitive balance. In Euroleague there’s no draft because players don’t play collegiate basketball, so every player is effectively a free agent. And there is no salary cap or any other system that limits player payroll.”

What can the NBA learn from the Euroleague?
“They should pay attention to every factor that drives the level of passion and loyalty that are found among Euroleague’s fan base.”

Four NBA teams held a week of preseason training camp in Europe. Is European expansion next for the NBA? If so, what effect would that have on Euroleague?
“I can’t speak for the NBA, so I want to be a little bit careful. But I think on some levels, expanding outside of the United States seems like the next thing to do. There may be additional market opportunities in the States, but we’re running out of markets. I think the NBA is open to the idea, but David Stern has been very clear that Europe is not ready to support the economics of the NBA at this time because there is a lack of venues that meet NBA standards. The other concern that I would have is ticket pricing. There is potentially a robust market for premium seating in Europe, but I’m not certain there is a large enough market for other kinds of ticket products, let’s say, at NBA prices.”

What is the most urgent issue facing global sports?
“I think it has everything to do with community. Successful sports teams are built around an inalienable bond to their community. You have a lot of that going on in Europe over the years, and that’s what I meant by tradition. I think it’s very important that we get back to that. The ease of movement of franchises here in the States has created a sense from the fan base that “the team’s not ours.” And I think we have to remind our owners that although they legally own their teams, they also have to be caretakers for their communities. They have to see themselves as stewards of these franchises.

I think the Red Sox are an excellent example of where new ownership came in from outside but really respected the idea that this is the Boston Red Sox — not portable.” 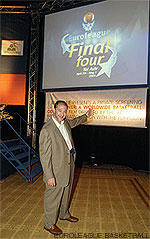 What do you see in sports and sports business in the immediate future and farther down the road?
“The revenue pie is going to get more and more diverse, less dependent on any one segment. Traditionally it’s been gate receipts, national television money in many forms, local television money and other forms of sponsorships that have been the drivers, and in the last 10-20 years, venue-related revenue streams. With all the forms of new media now, and all the new ways to distribute our content to mobile devices and to other forms of media, that’s going to represent a sea change in where our revenue comes from.”

Which teams or organizations in the U.S. are the most forward thinking?
“I think there are many. I mentioned the Red Sox because they are my hometown team and I admire them from a distance. I don’t have any vested interest in saying that. They’re not a client. They’re an example of a very forward-thinking, well-run organization, and now they’re looking at investing some of the resources in ventures outside of baseball, which make sense. They’re using their talent and their management team to apply it in other ways, and I think that’s very smart.

There are several good examples in the NBA, where people are getting into very sophisticated database-driven marketing techniques. There’s less reliance on mass media and more reliance on one-to-one communication.”

Who’s the most innovative individual in international sports?
“David Stern.”

Which of the major U.S. sports leagues do you think has the best design (as far as revenue sharing, luxury taxes, salary caps, competitive balance, and so forth)?
“The NFL.”

In which professional league would you most like to own a team?
(laughing) “That answer could get me in trouble.”

New York Times columnist Harvey Araton said, “Our whole sports culture is predicated on the television rating. Everything is driven by, you know, Is the rating getting better? Is it holding its own? Is it winning its time slot?” Do you agree?
“No. I think it has a lot more to do with the demographic characteristics of the audience than the absolute number of people who are watching.”